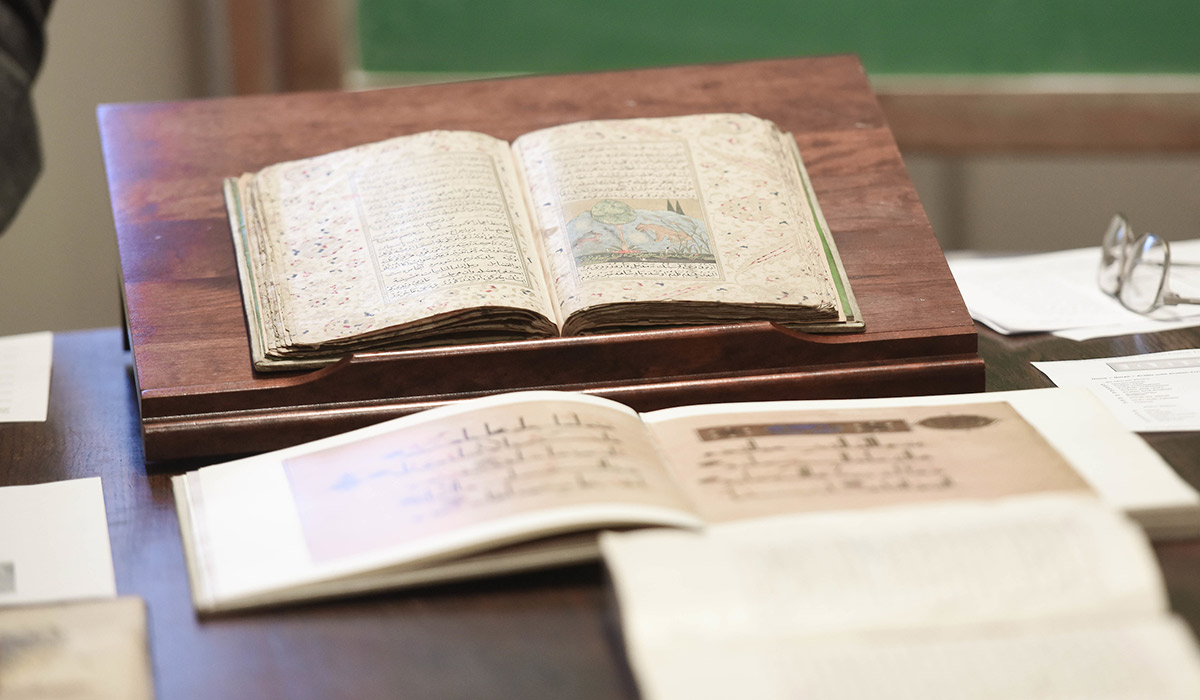 Commitment to Research and Instruction

Founded in 1897, this department reflects Catholic University's historical commitment to integrate religious studies with the arts and sciences. Henry Hyvernat (1858-1941), the first professor appointed to the university, was also the first director of the department. He was a scholar of all the languages of the Near East, both those of antiquity and those of the Christian and Muslim Near East. Hyvernat was educated in Europe during a period of tremendous interest in then newly accessible phases of history--ancient, medieval and early modern. An avid collector of books, manuscripts and artifacts, his library furnished the basis for the present libraries of the Department of Semitic and Egyptian Languages and Literatures, and the Institute of Christian Oriental Research: the Semitics/ICOR Library.

In the 100 years since Hyvernat began the work of Catholic University's Department of Semitic and Egyptian Languages and Literatures, the program has grown in size and strength. The department has maintained a commitment to research and instruction in the languages and literatures of the Near East. This departmental focus on the Christian heritage of the communities of the Middle East is unique in the United States.

Hyvernat was closely associated with one of the major twentieth-century discoveries of ancient Christian documents in Egypt--the Coptic library of the Monastery of St. Michael near the modern site of al-Hamuli in the Fayyum district of Egypt. This library of some fifty ninth- and tenth-century manuscripts was purchased in 1911 by the American financier J. Pierpont Morgan (1837-1913) at the urging of Hyvernat, who eventually spent 30 years cataloging and studying the Coptic library . A massive photographic facsimile edition, Bybliothecae Pierpont Morgan codices coptice photographic expressi... 56 vols. in 63 parts (Rome, 1922), prepared under the editorial direction of Hyvernat, remains an important resource for Coptic scholars today.

Patrick W. Skehan (1909-1980) was a member of the first editorial team charged with preparing for publication the 850 manuscripts found at the ancient site of Qumran. Work on papyri from the Dead Sea region continues in the department. Douglas M. Gropp published the fourth-century Aramaic legal documents from the Wadi ed-Daliyeh, just outside Samaria. The department also played a major role in the preparation of the New American Bible (NAB, 1970). Skehan and Louis F. Hartman, C.SS.R. (1901-1970) supervised work on the Old Testament of the NAB, with much of the work done by them and their students.

In 1936 Edward Philip Arbez, S.S. (1881-1967) and his colleague Romain François Butin, S.M. (1871-1937), co-founded the Catholic Biblical Association of America (CBA). Arbez served as its first president. Many members of the CBA have received training in biblical languages in this department. The department and the Semitics/ICOR library make a special effort to assist the work of the Catholic Biblical Association, headquartered at Catholic University.

The department has been associated with the Corpus Scriptorum Christianorum Orientalium (CSCO) from its beginning in 1903. This series of editions, translations, and studies is the principal repository of the published texts of the Christians of the Near East. It contains much of the published work in Christian Oriental studies of the department faculty. This is especially so for Arthur Adolphe Vaschalde, C.S.B. (1871-1942), who served as Syriac editor of the CSCO. His own work in Syriac is largely published in the CSCO, including important editions and translations of the writings of Philoxenus of Mabbug, Babai the Great, Jacob of Edessa, and Dionysius bar Salibi.

Since 1912 the CSCO has been published jointly by the Catholic universities of Louvain and America through Peeters Press (Leuven, Belgium). To date some 600 volumes have appeared. In 1997 the department established a new and complementary series: Eastern Christian Texts in Translation (ECTT). This series aims to provide non-specialist readers with easily available and scientifically sound English translations.