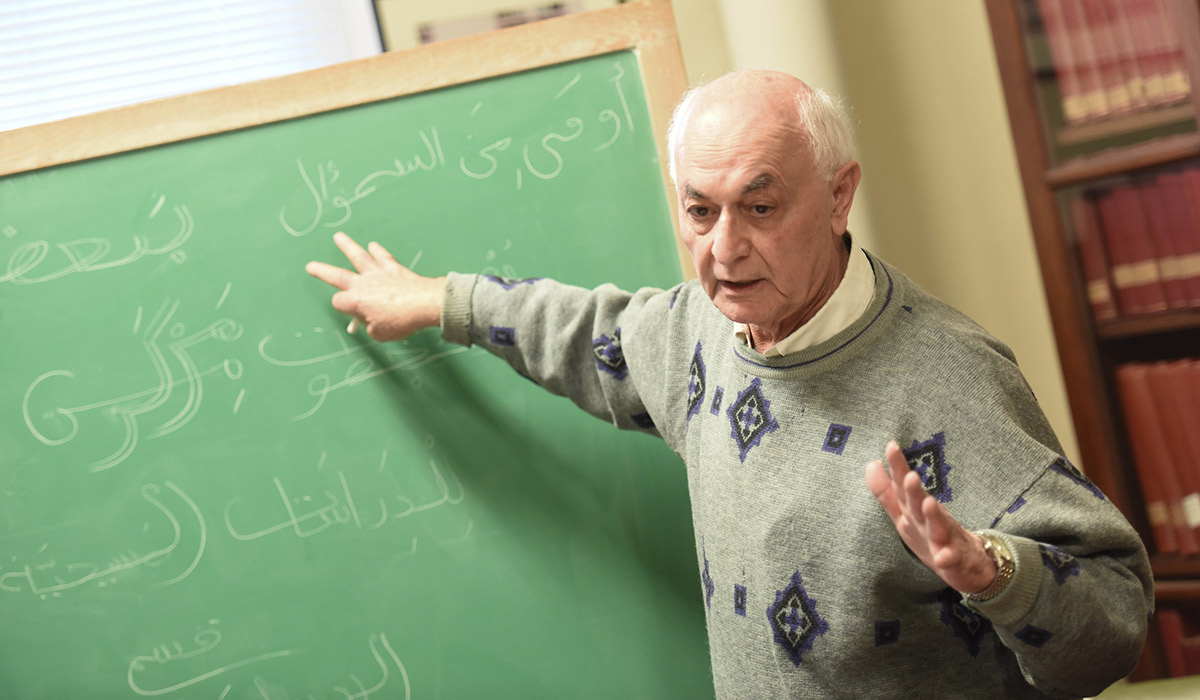 The Department of Semitic and Egyptian Languages and Literatures offers two programs — Ancient Near East and Christian Near East studies — that lead to the M.A. and Ph.D. degrees. Faculty from the department also teach courses and participate in several affiliated programs.

Students in Ancient Near East studies focus on the languages of the Hebrew Bible (Hebrew and Aramaic) with considerable course work in other ancient Near Eastern languages. The department offers more different forms of Aramaic than any other program in North America.

Students in Christian Near East studies can specialize in Arabic, Coptic, or Syriac with crossover studies among these specialties. Catholic University was founded as a graduate center, and the Semitics department remains primarily a graduate department. Undergraduates, if interested in intensive language study, may enroll in Semitics department courses.